“In 1802, most people lived in log homes. This house is la Crème de la Crème of architectural masterpieces. It is one of the greatest Palladian houses in the United States. It is the equivalent of a great house in Ireland or Britain.” 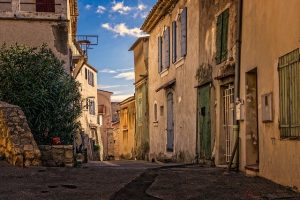 With its remarkable forecourt and balanced accessories, the Meason Mansion is the Grandest image of domestic architecture of the 18th century still remaining west of the Allegheny Mountains. It is magnificently sited along the rolling hills at the foot of one of the brooding ridges of the Alleghenies.

The land upon which Isaac Meason built this mansion originally was that of Christopher Gist – George Washington’s trusted scout and guide – who, in 1753, had established the first permanent English settlement in this new western frontier. The estate, also called Mt. Braddock, is the site of General Edward Braddock’s encampment in 1755 while en route to Fort Duquesne where he issued his last orders before dying after the battle.

Isaac Meason was born August 15, 1743 in Virginia – he died January 25, 1818. He earned his rank as “Colonel” while serving in the Continental Army in the final years of the Revolutionary War.

Meason’s wife, Catherine Harrison, was a member of the same family which later gave two presidents of the United States government. She and Isaac had five children – Thomas, Elizabeth, Isaac Jr., Mary and George.

Meason was a descendant of the Mason family. His great-great-grandfather, Lt. Francis Mason, was the first to arrive in the U.S. in Virginia in 1613. He was the first person with the name of Mason in America. Isaac was the fourth generation. In 1799, Meason was one of the richest men in the Northeast.

“The Meason House should have been set aside long ago through public or private initiative for its superb architectural qualities and the historical association of its neighborhood with Braddock, Washington and Gist.”

My name is Kelly, I am the author at this website, the information we post on this website is based on best of our knowledge but in case you find some discrepencies please contact me:

This Site Is Protected
Shield Security →